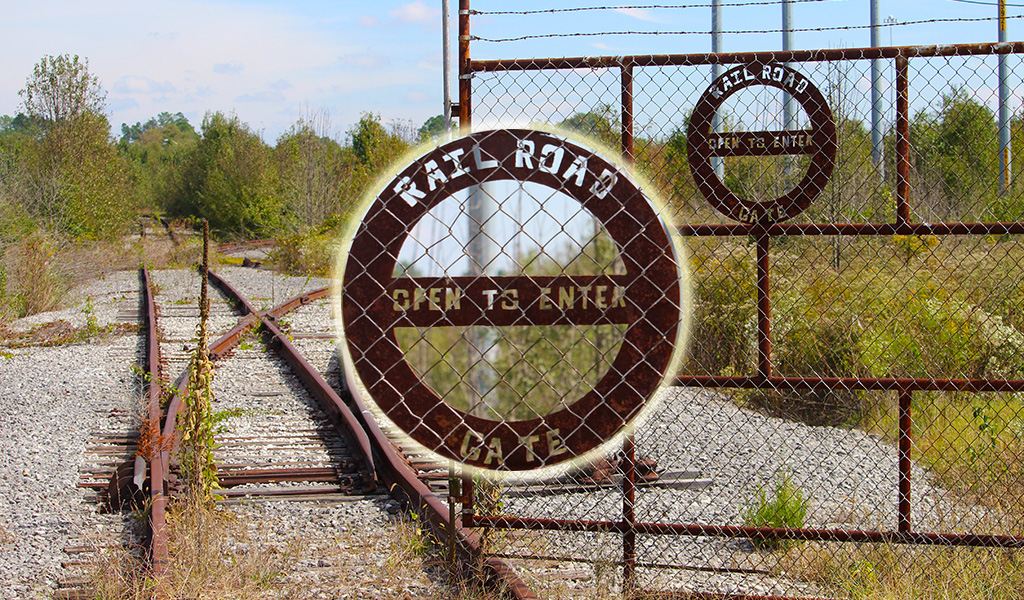 Whenever we plan a trip, one of the things we try to avoid are highways. Our "poke and mosey" driving style does not make the average highway driver very happy and old Daisy is rough enough at slower speeds. As for interstates, they are out of the question! We don't want to have "They Died Happily of the Death Wobble" on our tombstone.
Keeping this in mind, whenever we try to cross the Tennessee River we have to figure out how close we can get before having to get on a major highway. One of our trips took us down an old back road fairly close to the Decatur city river bridge where we ran across this old rusty railroad gate sign. It appeared to go into the back of an abandoned factory or industrial plant.
If you know any history of the sign, railroad use or the industry give us a wave!

Our Discovery of Historic Hobbs Bridge

On our traveling adventure to Old Delina Country Store, we ran across a gravel road in Southern Tennessee that looked so inviting. So what’s a few fun loving adventuresome folks to do? Daisy can handle gravel roads better than paved ones, so we set out to see what we could find. And found a huge treasure! First of all, the views on this road were spectacular! Sprawling pastures, beautiful hills, lots of cotton and of course cattle! One very beautiful plantation home with others just as pretty AND Hobbs Bridge! 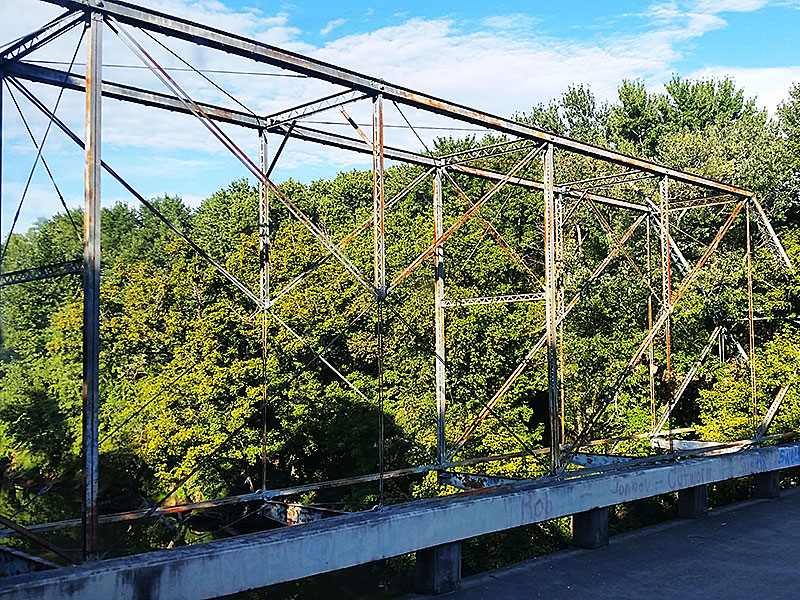 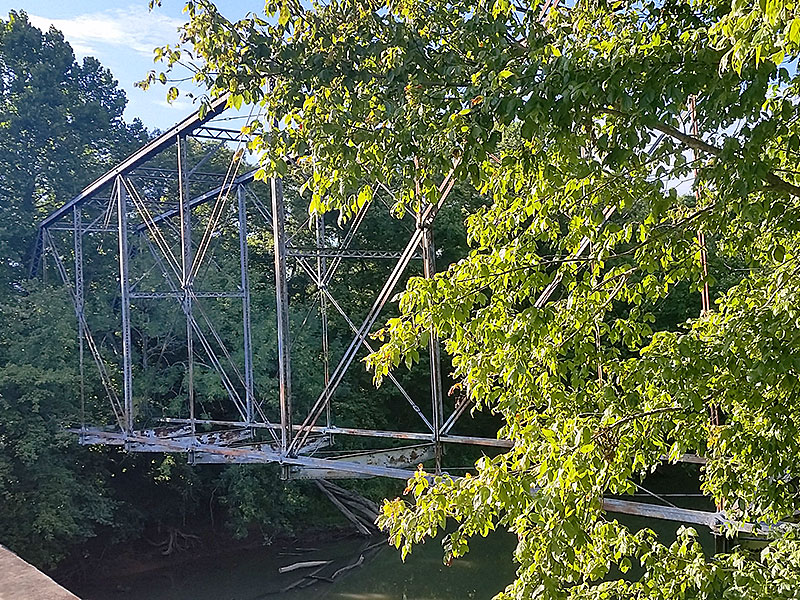 Hobbs Bridge is a truss bridge completed in 1891 for a price of $7,329.00. In 1986 it was the only known bridge of it's kind remaining in Tennessee (vehicular one according to BridgeHunter). We just had to stop and take pictures, and wondered what the story was behind this bridge. Think of the task it was to get it built, and what was it mostly used for? The price for the project also struck me, $7,329 was a lot of money in those days. And now it just sits, no road going to it, unused. The gravel road ran along side of the bridge, but no road whatsoever going to or from the bridge itself. Even so, it was still standing... mostly, and still a beauty. What a day! It's something how small treasures are sometimes found in plain sight!